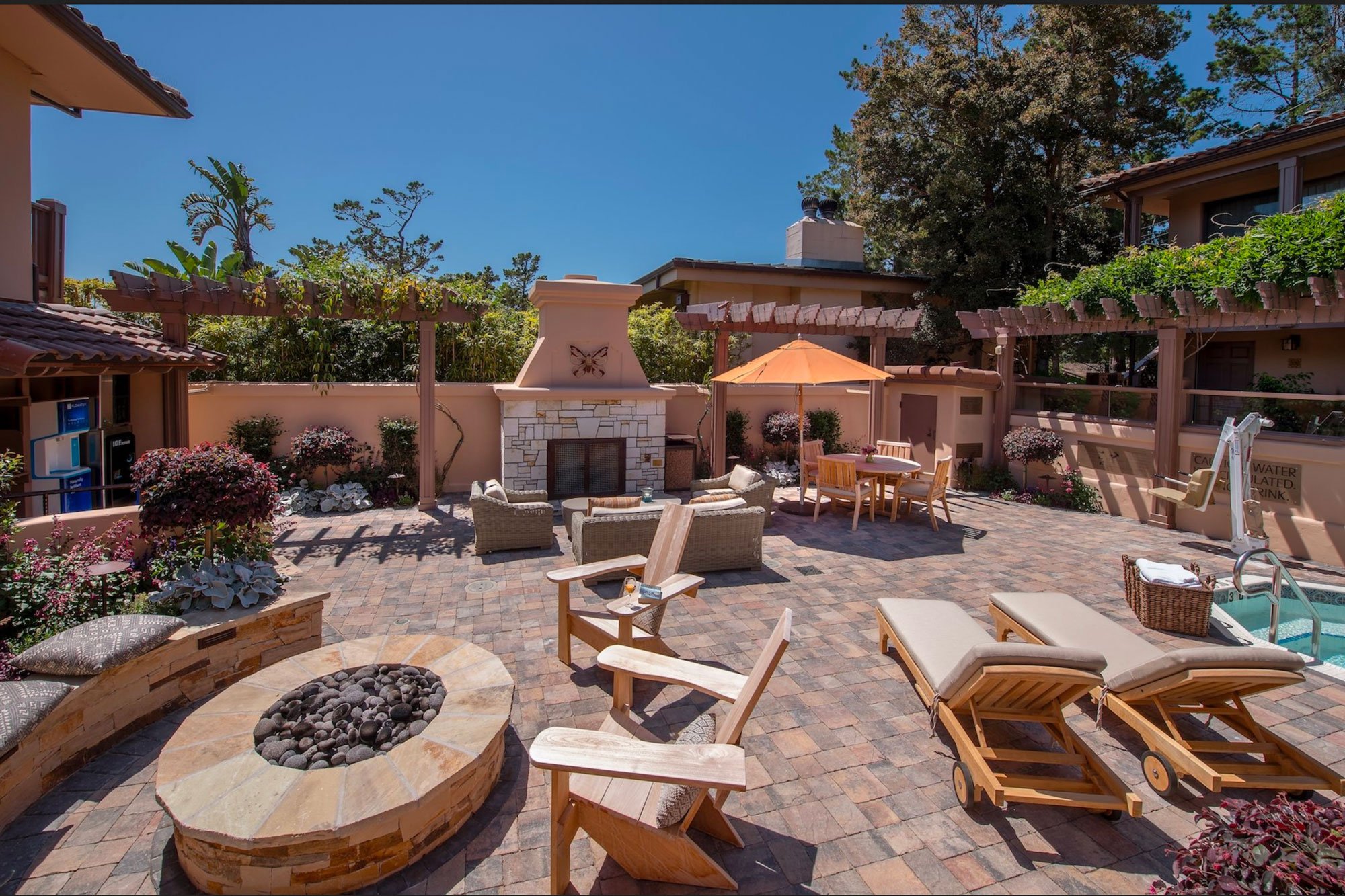 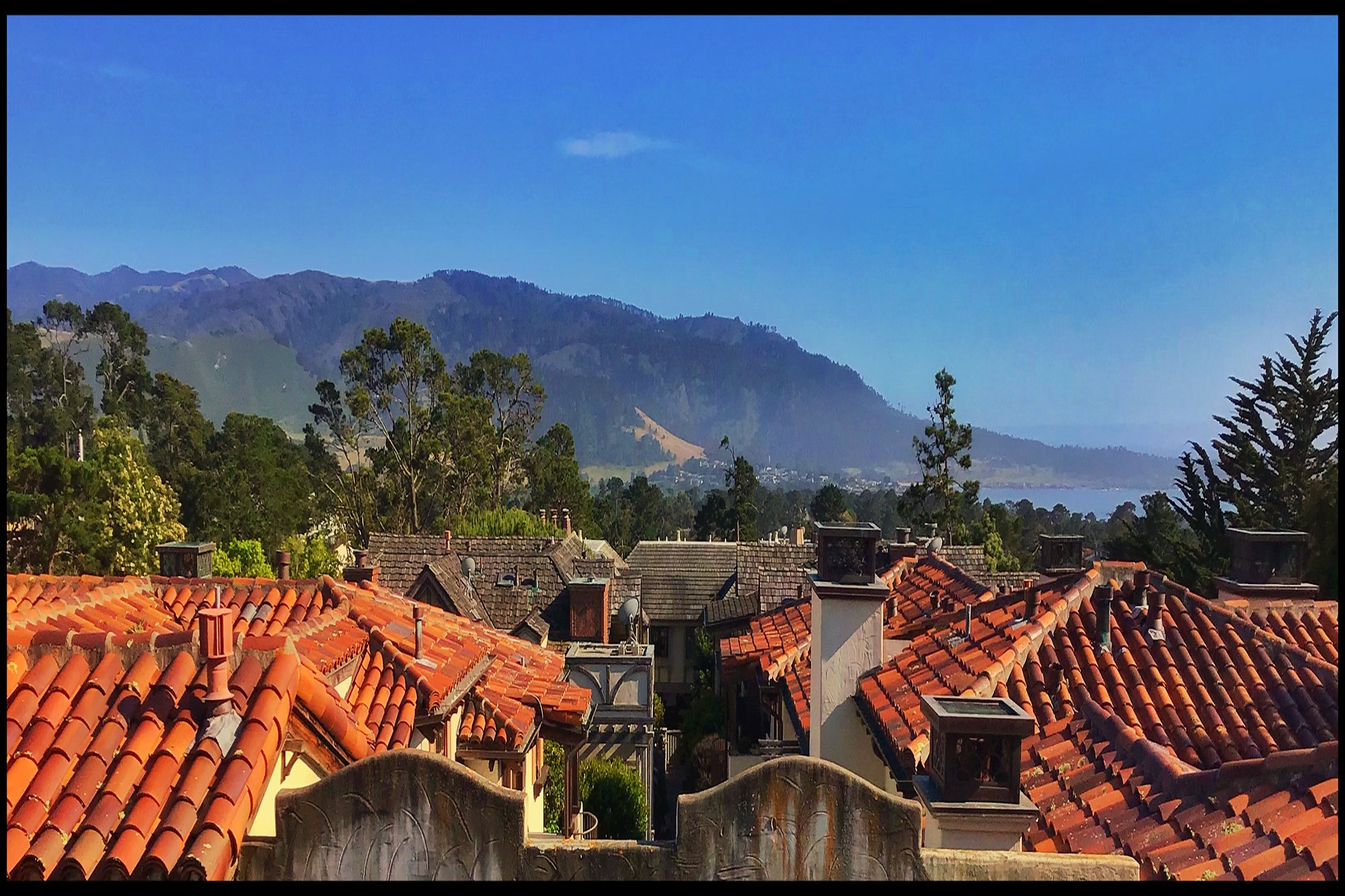 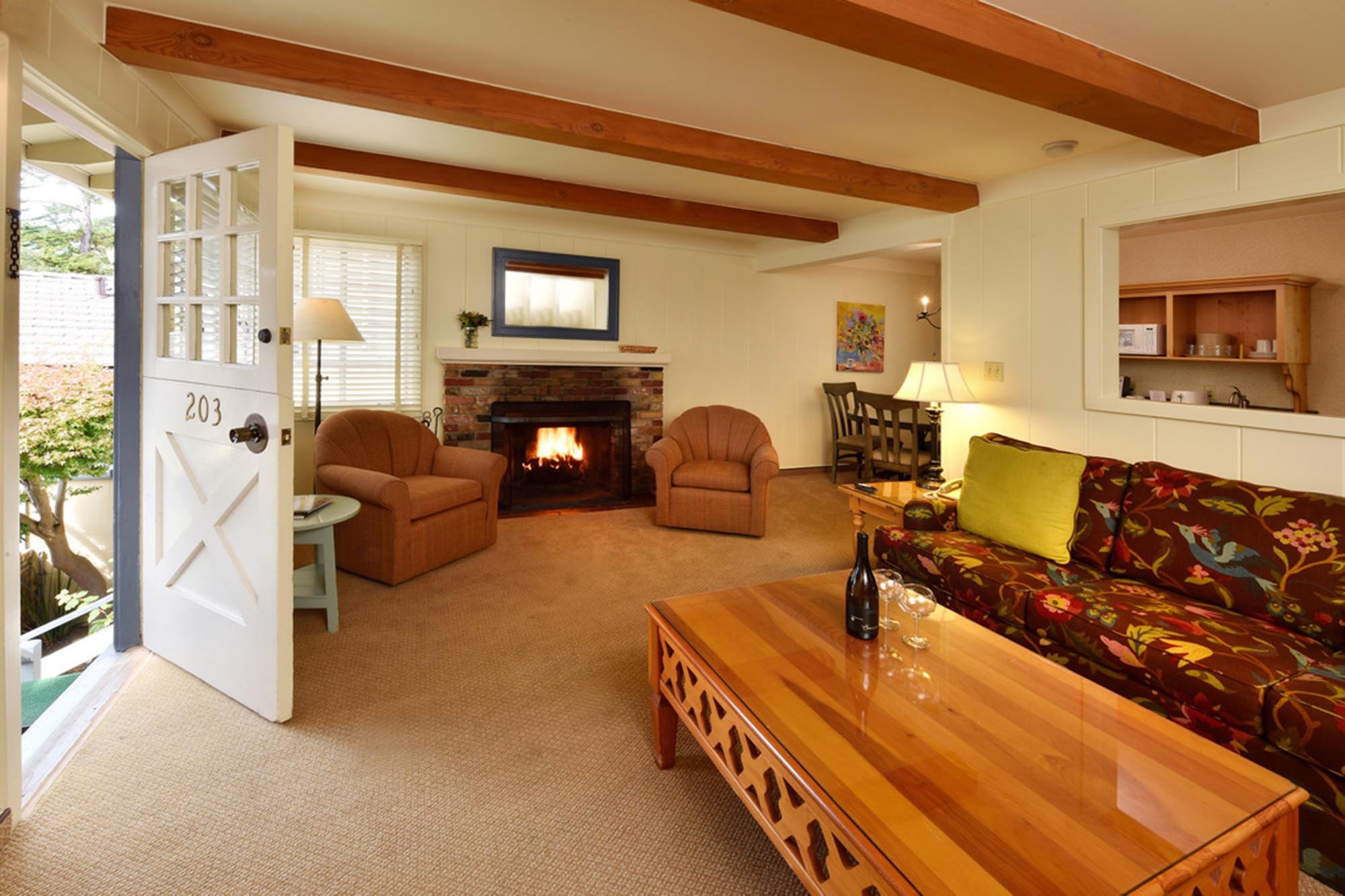 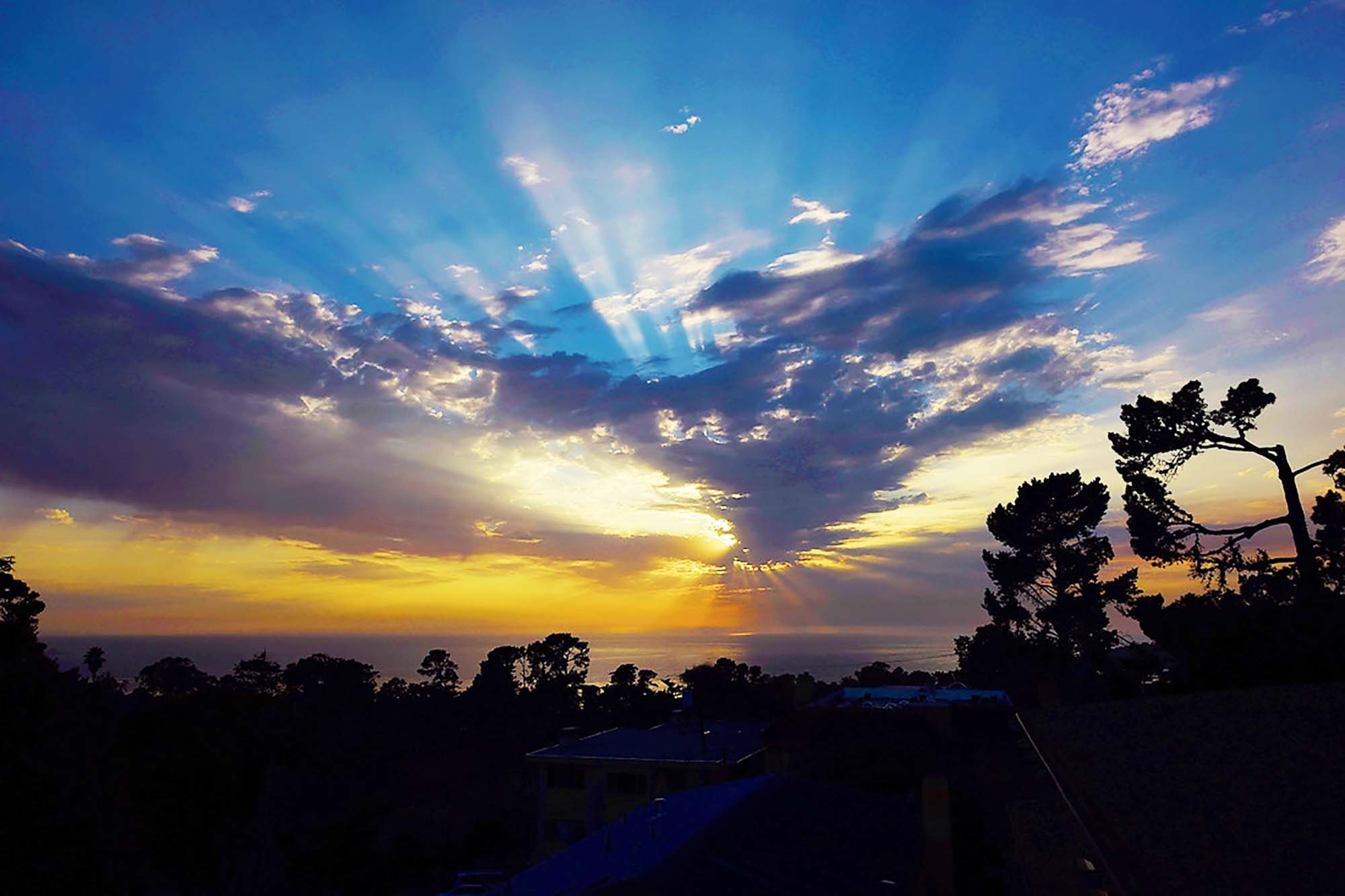 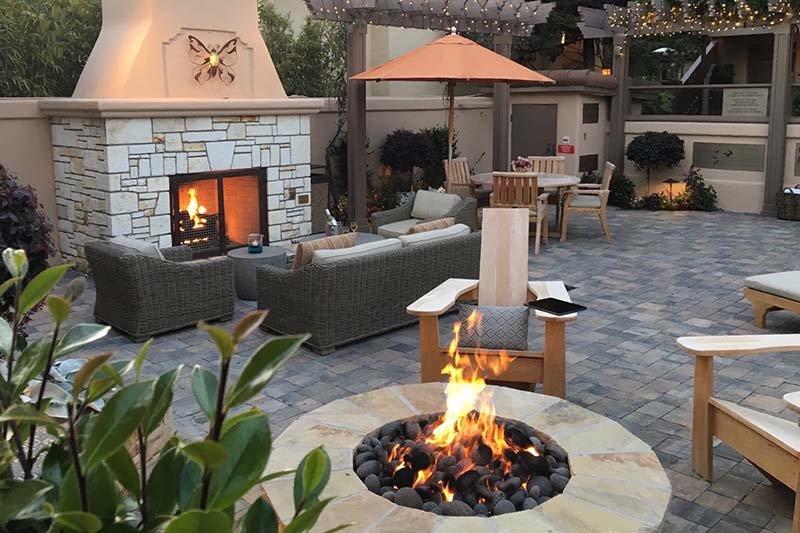 September is the start of our "secret season" with its warm clear days and cool nights. Come and enjoy this special time and get 10% off midweek stays. Online rates reflect these discounts. As a bonus, the longer nights are perfect for evenings at the beach. Be sure to visit our Activities Page to start dreaming of the perfect Carmel-by-the-Sea vacation! 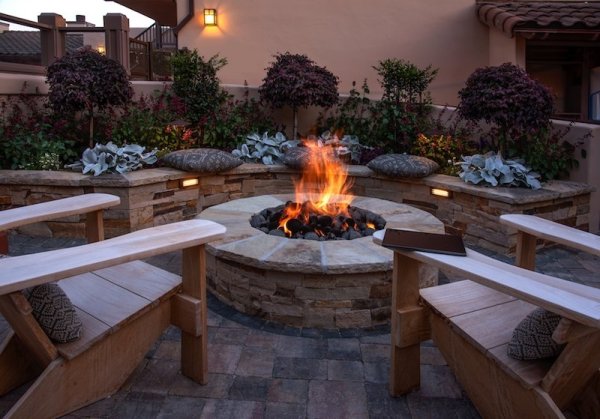 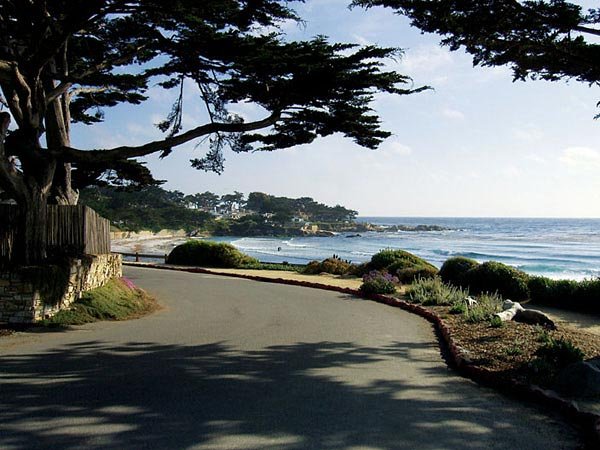 Starting in November  2022 through March 31, 2023, we are offering guests the opportunity to give themselves and their loved ones some much needed "time away" with our extended stay promotion. This promotion is our best value of the year!

We will take 20% off the posted rates when guests book a three or more night stay.  For more details on how to take advantage of this special offer check out the Carmel Winter Escape on our Promotions page.

You must mention “Carmel Winter Escape” at time of booking to qualify for the discount.

Book early to get the room you want. 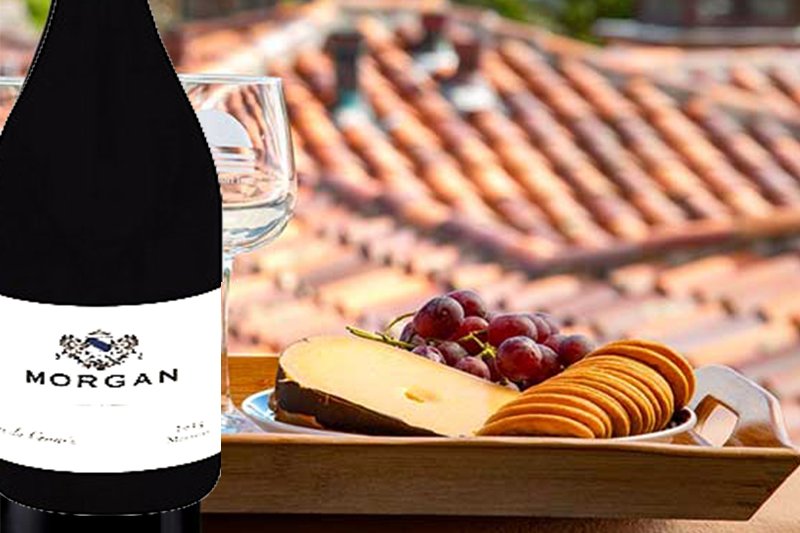 Sunday - Thursday evenings during October from 4pm - 6pm, we will be bringing back our very popular "Happy Hour” to celebrate the fall harvest on the Monterey Peninsula. We would love for you to join us in this celebration.

Registered guests will be treated to a glass of Morgan wine and an individually wrapped cheese plate to enjoy in our heated spa patio or in the comfort of their room.  Just stop by the front desk to request your glass of wine (your choice red or white) and cheese plate.

Monterey Airport is only 5 miles from Carmel-by-the-Sea. Taxi service and Uber are available from the airport, and rental cars are also an option. Remember Horizon Inn & Ocean View Lodge is walking distance to the beach, restaurants, shopping and other attractions of Carmel Village. No car is needed to enjoy the charms of Carmel-by-the-Sea!

Take advantage of our Fly Carmel Direct promotion and save 10% off midweek stays of 3 or more nights! Visit the MontereyAirport site for all your travel options. 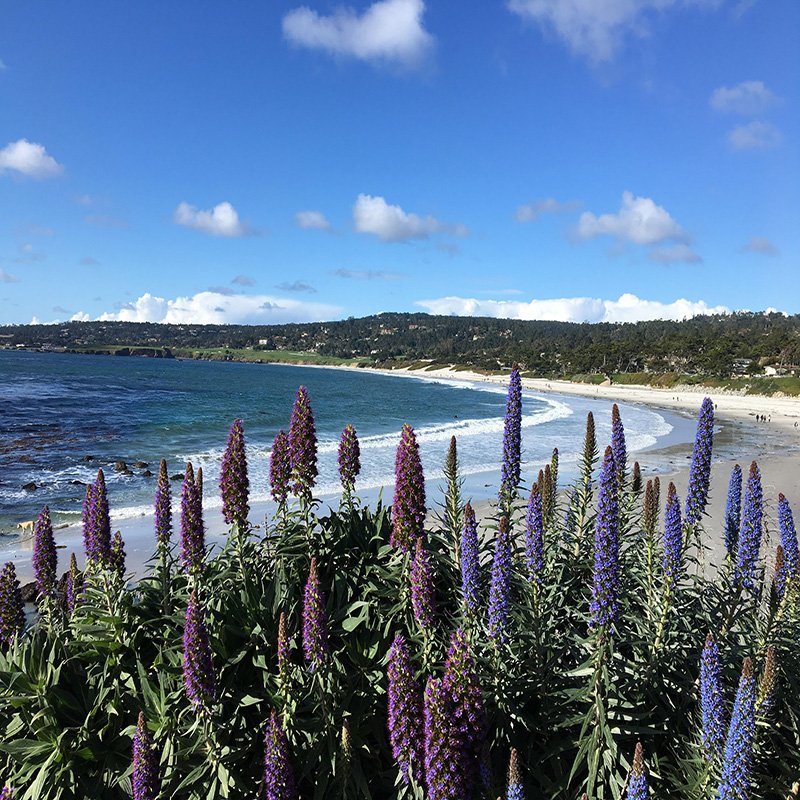 September to November is known to locals as the "secret season" with warm clear days and cool nights. Visit now to enjoy this enchanting weather before winter sets in. As a bonus, the longer nights are perfect for evenings at the beach. Be sure to visit our Activities Page to get you dreaming of the perfect Carmel vacation!

september Events In and Around Carmel 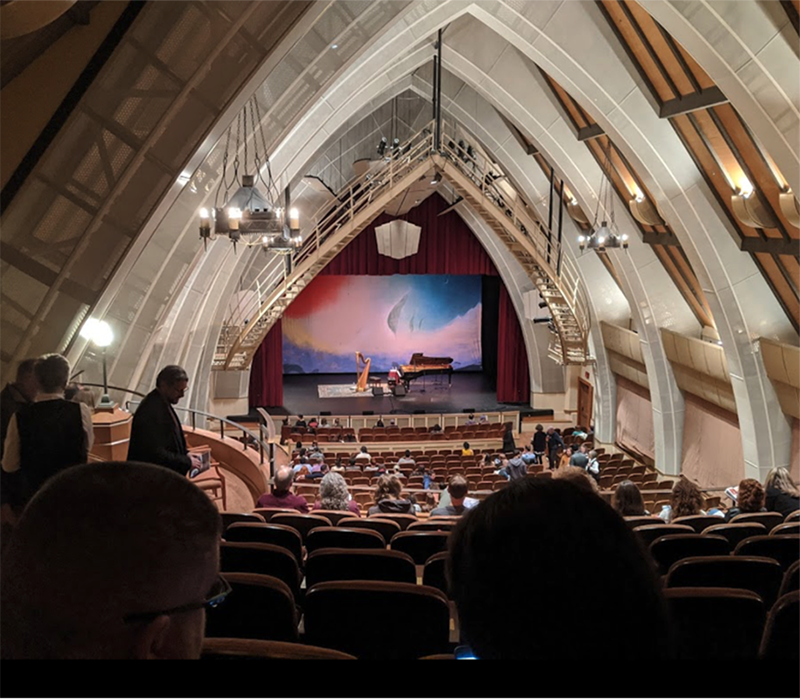 **check out all the events at
Sunset Center**

Our well-loved Sunset Center for the Performing Arts is back with a full slate of entertainment. The upcoming season includes dance performances, chamber music, comedy, special guests and more. Visit the website for all the upcoming shows and to buy tickets. Shows sell out quickly.  Don't miss out!

Carmel is a year round destination, so we always have a full calendar of events!
Here are a few events to entice you. 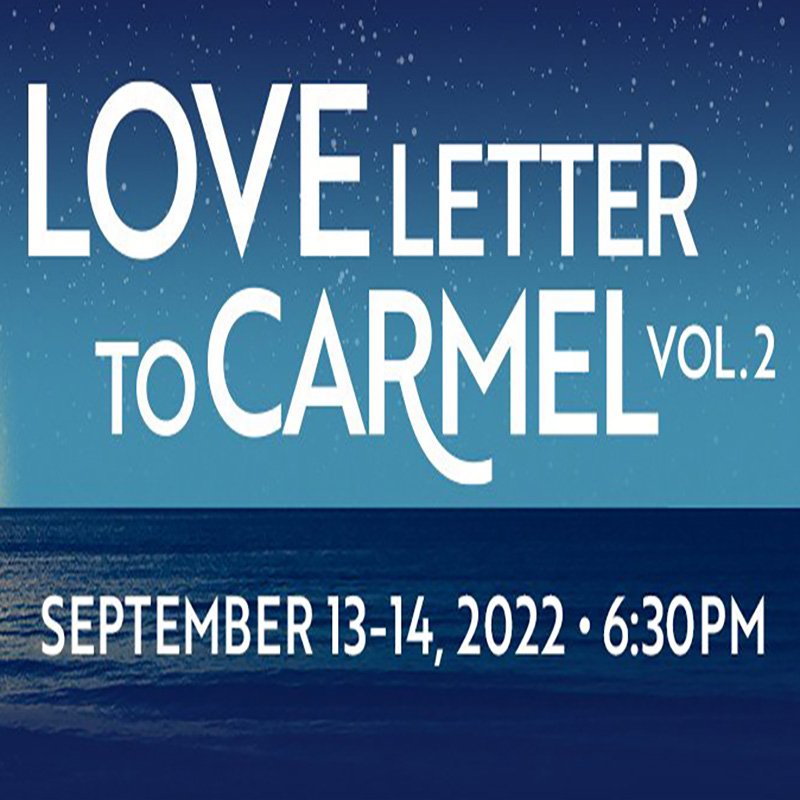 Love Letter to Carmel is back! The Monterey Symphony presents two outdoor pops concerts at the Forest Theatre in Carmel-by-the-Sea. Love Letter to Carmel, Vol. 2, includes works from local composers Mark Mancina, Alan Silvestri, and John Wineglass, as well as Clint Eastwood and Doris Day movie themes and more! Featuring local vocalists Malinda DeRouen and Justin Gaudoin, backed up by the full Monterey Symphony orchestra. Conducted by San Francisco based conductor Brad Hogarth. These concerts are family friendly and full of surprises. Read More About It! 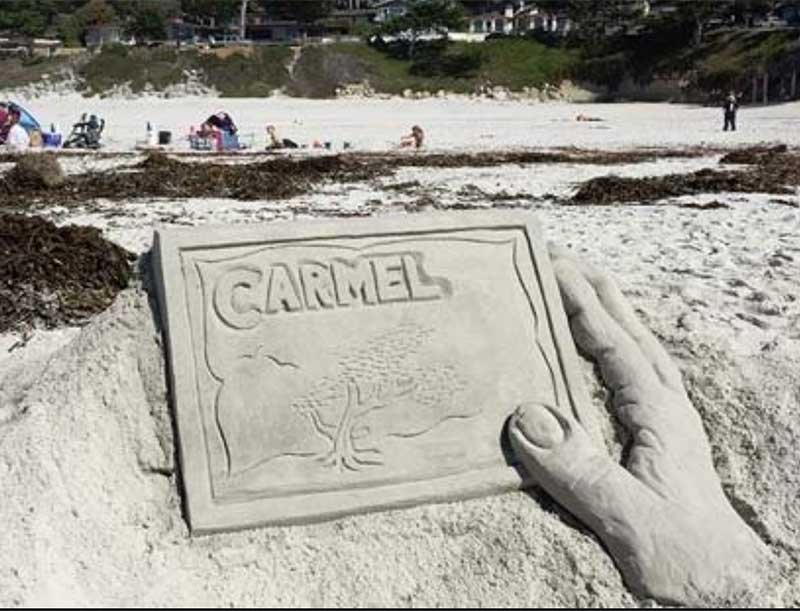 For decades, the City of Carmel-by-the-Sea and the Monterey Bay chapter of the American Institute of Architects have collaborated on The Great Sand Castle Contest, announcing the date and theme a few weeks prior to the big day. Everyone who would like to build a castle can enter the contest, and judges bestow awards for multiple categories, from the coveted Golden Shovel, to the tongue-in-cheek Sour Grapes. And because bribery (non-monetary) is encouraged, it's not unusual to see platters of food, bottles of wine, chair massages and other indulgences being offered to the people in charge. The contest is held on Carmel Beach from Scenic south of 10th, walking distance of Inn. Don't miss this great family event! 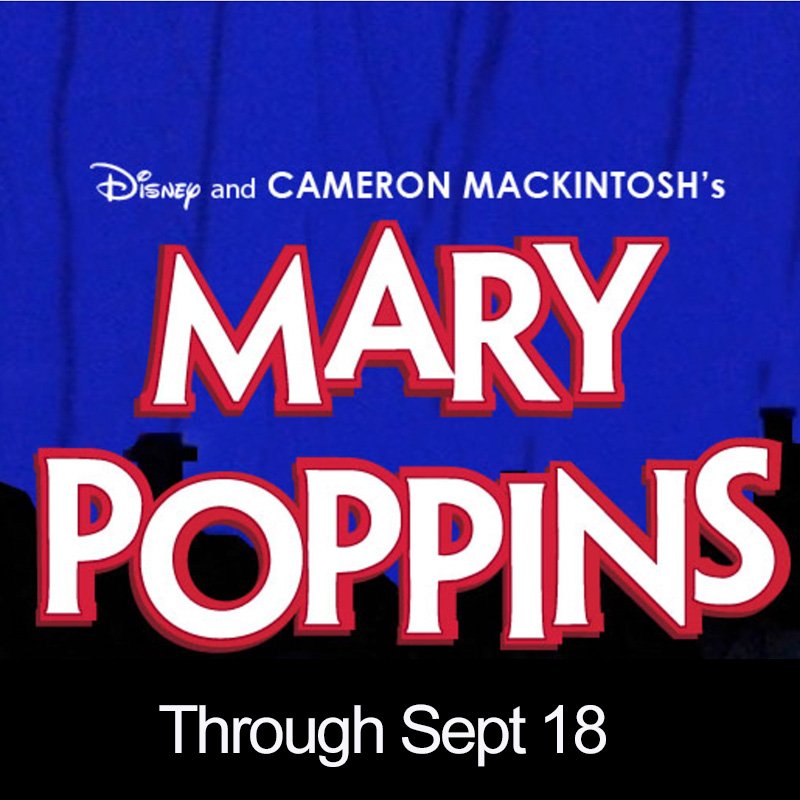 Mary Poppins isn't just for kids! Enjoy this live Broadway musical and meet George and Winifred who live at Number 17 Cherry Tree Lane with their misbehaved children, whose latest nanny has just quit with a fit. Enter Mary Poppins, the "practically perfect" nanny who teaches with magic and bonds with the children as no other nanny has. When Mary suddenly leaves the position, and Winifred hires George's childhood nanny to take on the job, sending George and the children fleeing from the house, Mary becomes more valuable than ever. With patience, kindness, and a little bit of magic, Mary and her friend Bert help the family set things right - maybe more right than they'd ever been before. This live performance is full of fun and you will get to see Mary Poppins fly overhead! Get tickets online. 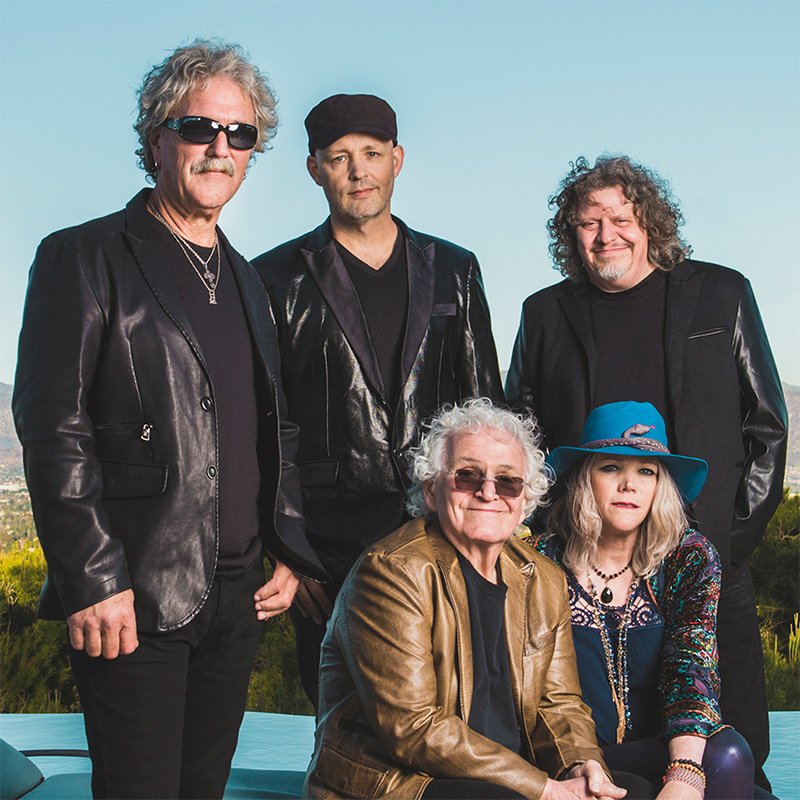 Descended from Rock Hall of Fame Inductees & 2016 Grammy Lifetime Achievement Award recipients Jefferson Airplane, it is an exciting time to be JEFFERSON STARSHIP. Their 2020 album release 'Mother of the Sun' received great acclaim and their live performances are once again in high demand. JEFFERSON STARSHIP has multiple Grammy Nominations and Gold/Platinum Albums to their name, and their set list consists of songs from both JEFFERSON STARSHIP and JEFFERSON AIRPLANE, including classics such as: "Somebody To Love", "White Rabbit", "Find Your Way Back", "Jane", "Miracles", "Volunteers", "Count On Me", "Sara", "Nothing's Gonna Stop Us Now" and "We Built This City". The band features original Jefferson Airplane member David Freiberg and original Jefferson Starship drummer Donny Baldwin, along with long-time members Chris Smith, Jude Gold, and the amazing Cathy Richardson on vocals (hand-picked by Grace Slick, founder and original lead singer of Jefferson Airplane). 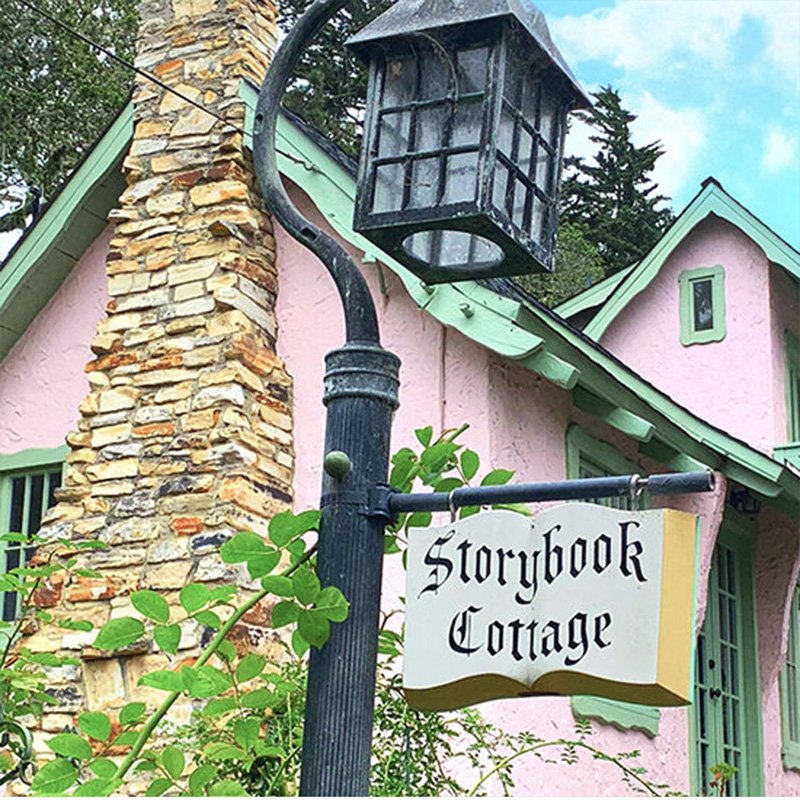 Now is your chance to get up close and personal with our iconic fairy tale cottages! The tour will also include examples of historic and contemporary architecture.

More news will be available closer to the event, but tickets go on sale now and they will sell out fast. So get your tickets from the Carmel Heritage Society. Call  831-624-4447 or email info@carmelheritage.org

Carmel is a year round destination, so we always have a full calendar of events! Here are a few events to entice you! 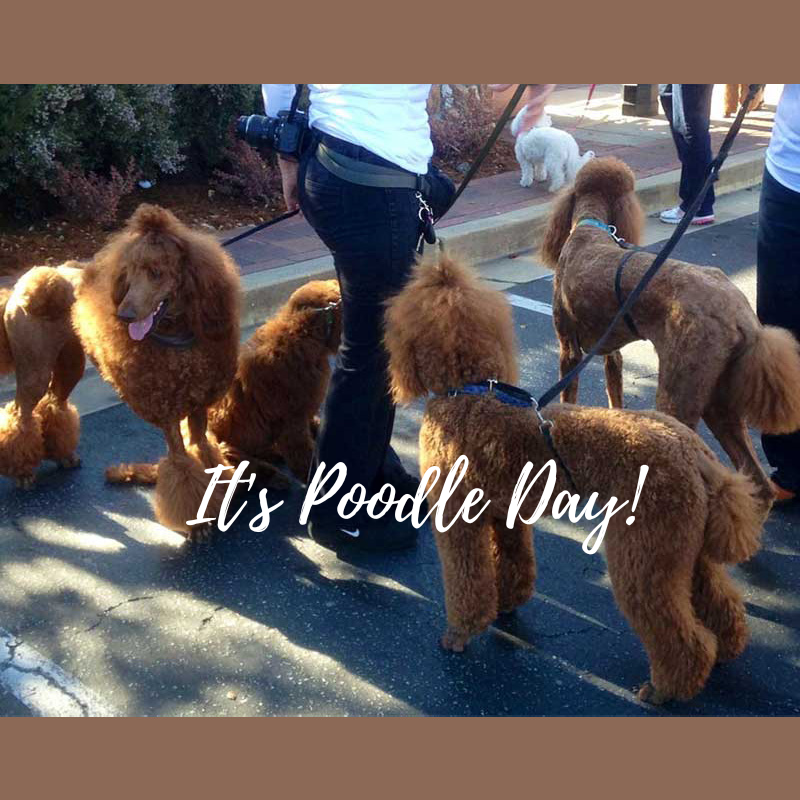 Poodle Day is an annual event in Carmel, California, that unites poodle owners and lovers--and their furry companions--for a fun-filled day, which includes a parade for poodles, poodle mixes, and their human companions, off-leash beach play, as well as evening cocktail parties. In addition to being one of California's premier vacation destinations, Carmel consistently ranks as one of Dog Fancy's top ten most dog-friendly cities in America.

Proceeds from Poodle Day benefit NorCal Poodle Rescue, which has been a haven for poodles and poodle mixes in need in Northern California and Southern Oregon for over 30 years. NorCal's philosophy is to help poodles while also enriching the lives of the people who adopt them. 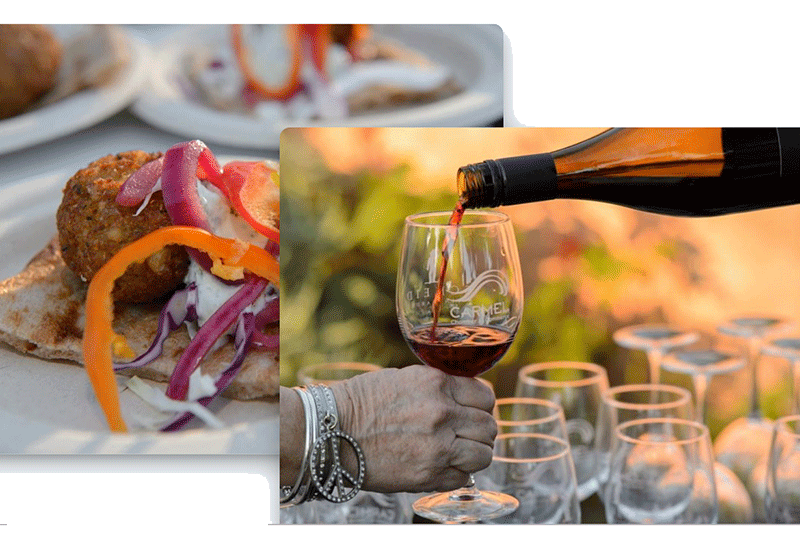 This year's theme is Wild Wild Fest! The Taste of Carmel is your gateway to exploring world-class dining and top-rated wines, live music from The Money Band and a silent auction. Details coming soon. 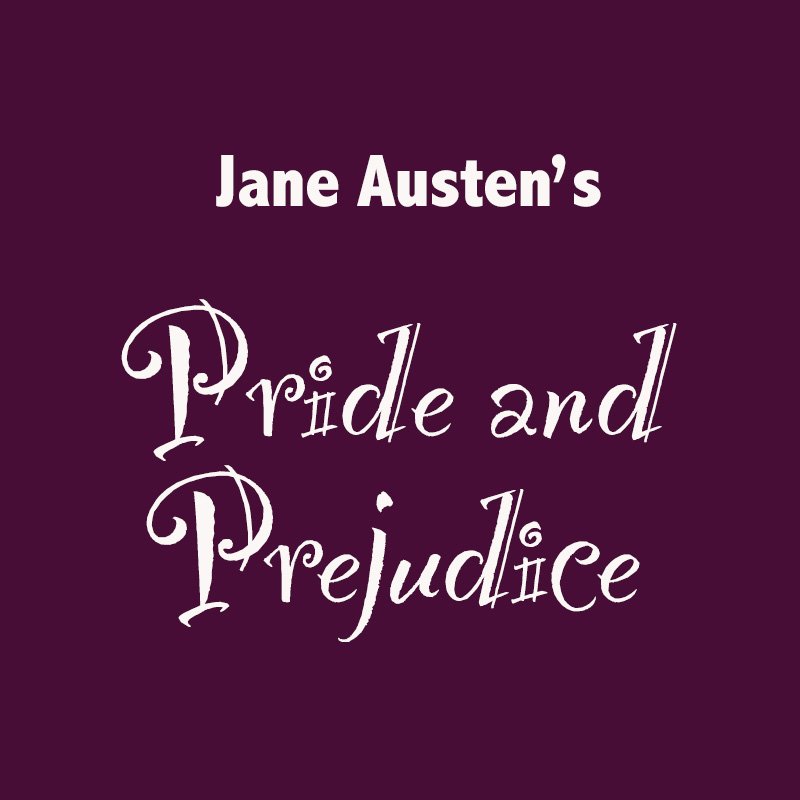 Aquila Theatre will bring this classic thrillingly to life with its signature passion, energy, and visual flair. The New Yorker says that "Aquila's productions are beautifully spoken, dramatically revealing and crystalline in effect," while DC Metro Arts described Aquila's production of Austen's Sense and Sensibility as 'Delightful - one of the joys of Aquila Theatre, a fun and lively version.

Looking for something else to do?

Stop by Reception where we have information on all that is happening in the local area, menus from local restaurants and insider secrets! We are all locals and are happy to share our knowledge to the best of Carmel.

Start planning your trip now to get the room you want.
As always, you get the best rates when you call us direct!